Frightening blue screen of death appears when your Windows is crashed vanishing all your work on your computers. This was one of the major errors with Windows which is quite improved now but still its not 100% gauranted that a Window user is never going to face this problem. BlueScreenView can help you in that case as it scans all the minidump files which are created during BSOD crash and displays all the crash information in a table view. This program displays a minidump filename for each crash along with the date and time of crash. Then it displays all the basic crash information in the blue screen and helps you in analyzing the cause of crash. Crashes information columns are displayed in upper pane and driver information columns are displayed in lower pane. The interface of this program is very easy to understand and installation is not required.

BlueScreenView will automatically scan your recent minidump folder. Minidump folder is the one which contains all the minidump files. Minidump files are the log files which are created when you encounter Blue Screen of Death, these files save the information regarding the errors that occur in the particular files. Once scanning is done, it will nicely display the crash details including date and time of each crash.

2. Display is Similar to the Display of Windows During the Crash 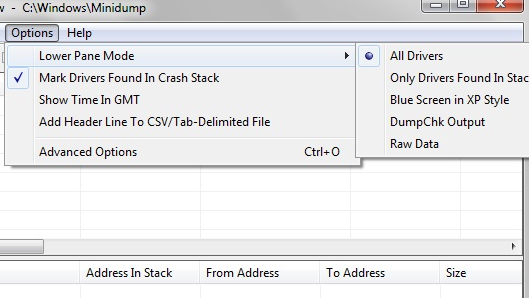 3. Finds Out All the Drivers/Modules that Might be Involved in the Crash

With BlueScreenView, you can easily locate the suspected drivers that might have caused the crash as it marks those drivers whose addresses are found in crash stack. This program has ability to establish the number of memory addresses inside the crash stack which exactly helps you in finding the possible driver or the module which caused the crash.

During the Blue Screen of Death, this program automatically locates the drivers that happened to be appeared in the crash dump. After locating the drivers, it can extract the resource information of their version including the product name, file description, file version and company.

5. Work with Another Instance of Windows

Select the right minidump folder from the advanced options and this software will allow you to work with another instance of Windows. 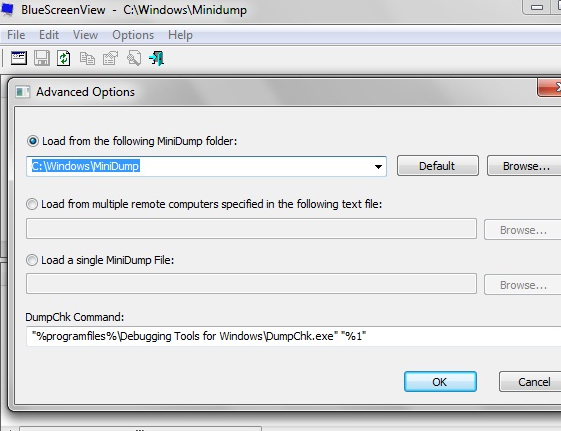